A fascinating article from the Washington Post (8/29/14, A4) about the search for prehistoric peoples in North America: 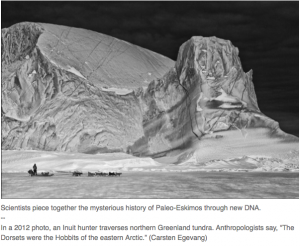