An exhibit at the British Museum in London (through January 31, 2016) explores this great question. “…the term “Celt” was first recorded about 500 B.C. by the Greeks, who used the word “Keltoi” to describe various peoples living in different parts of the European continent. A map near the exhibition entrance charts regions stretching from modern Portugal, France and Italy as far east as Serbia, Bulgaria and Turkey, which Ancient Greek and Roman authors described as “Celtic.” For these commentators, “Celt” meant “different” or “foreign.” ” For the ancient Greeks, anyone who wasn’t Greek was a Celt. Interestingly, there are similarities in the arts produced by people across this vast Celtic geography. 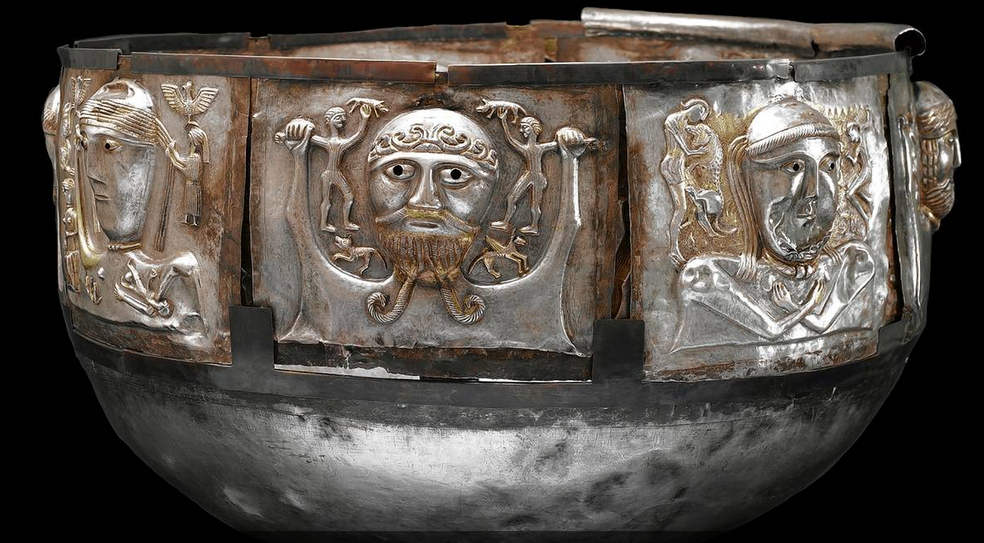 The Gundestrup Cauldron (above) is an important object in identifying the Celts. This was found in a bog in what is now Denmark, but it is believed to have been made in ancient Romania or Bulgaria.

The bottom of the interior shows a bare-breasted woman warrior, sword in hand, jumping over a gigantic bull. 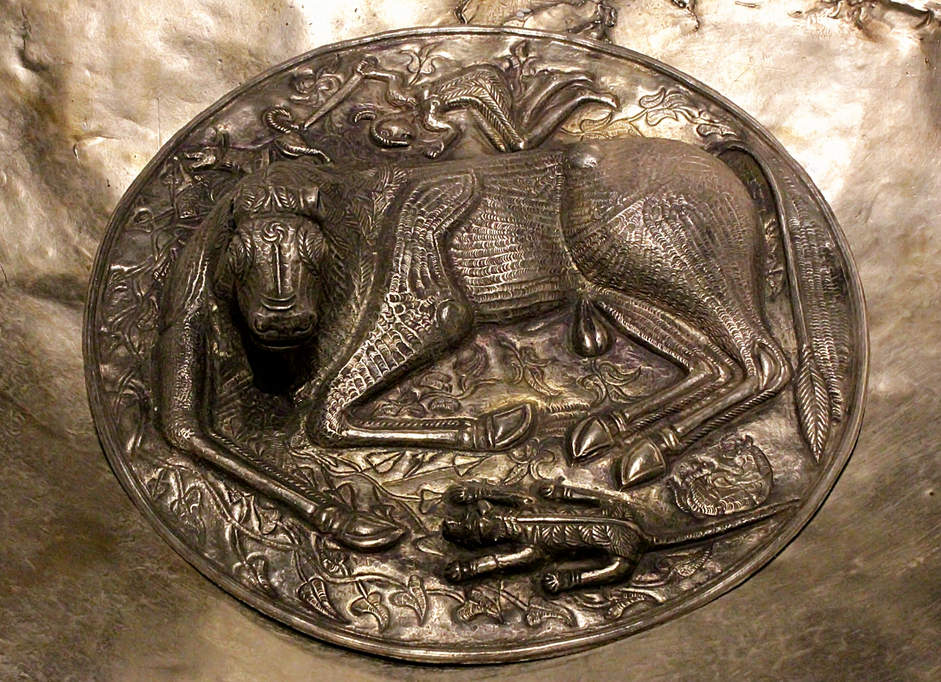 Here is a detail of one of the exterior panels of a male hunter. Note the torc he wears around his neck. 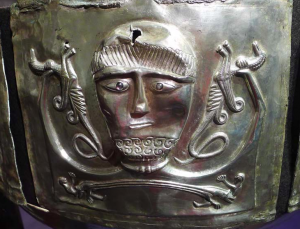 For scale, here is a torc from the exhibition….. Watch the sixth video! 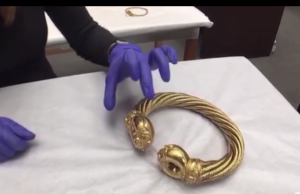 Here is a link to Barrymore Laurence Scherer’s review of the exhibit from the Wall Street Journal, December 7, 2015.

And a link to the British Museum’s web site with several great videos, including this one (the sixth of six) in which the curators discuss a few of the objects. In that last video, be sure to listen to the “fox” at 14:48.

8 thoughts on “Who were the Celts?”