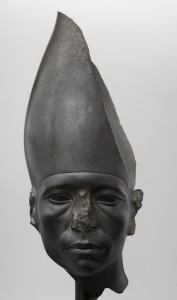 This evocative image of Amenemhat III depicts the son of Senwosret II in a similar style and with a similar emphasis on what seems to modern viewers as personality or soulfulness. It would have originally been painted. Anna-Marie Kellen/Ny Carlsberg Glyptotek, Copenhagen)

Here is a review of “Ancient Egypt Transformed,” by Philip Kennicott from The Washington Post, January 8, 2016. 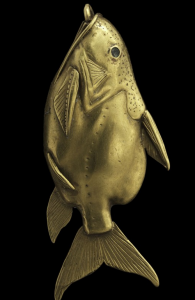 This gold-covered fish pendant was probably worn as a hair ornament. It is about an inch-and-a-half long, yet detailed enough that the species can be identified: Synodontis batensoda. Anna-Marie Kellen/Trustees of the National Museums of Scotland)

Nebhepetre Mentuhotep II, an 11th Dynasty king, is credited with reunifying Egypt and establishing the Middle Kingdom. This statue, in a deliberately archaic style, is actually pieced together from two similar works that once stood at the king’s temple at Deir el-Bahri. Metropolitan Museum of Art) 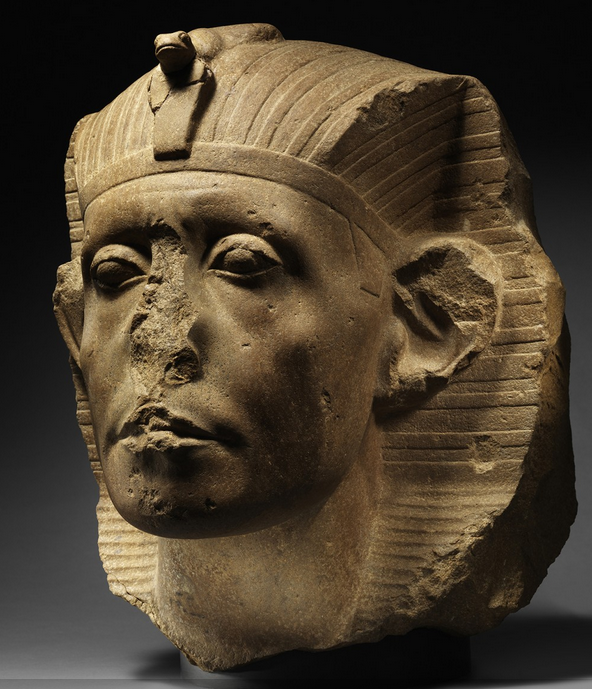 By the middle of the 12th Dynasty, Egyptian kings such as Senwosret III were being depicted with strongly individual features, including marks of age and care. It was a remarkable development within a tradition that previously presented idealized images of the ruler, young, and often with a gentle or enigmatic smile. Anna-Marie Kellen/Nelson-Atkins Museum of Art)