“An oasis in the Syrian desert, north-east of Damascus, Palmyra contains the monumental ruins of a great city that was one of the most important cultural centres of the ancient world. From the 1st to the 2nd century, the art and architecture of Palmyra, standing at the crossroads of several civilizations, married Graeco-Roman techniques with local traditions and Persian influences.” UNESCO World Heritage Site.

The city and the archaeological sites have been occupied by ISIS, which is intent on destroying the remarkable ruins that have survived for centuries. Visit the UNESCO webpage for more images (Gallery) and a short video. 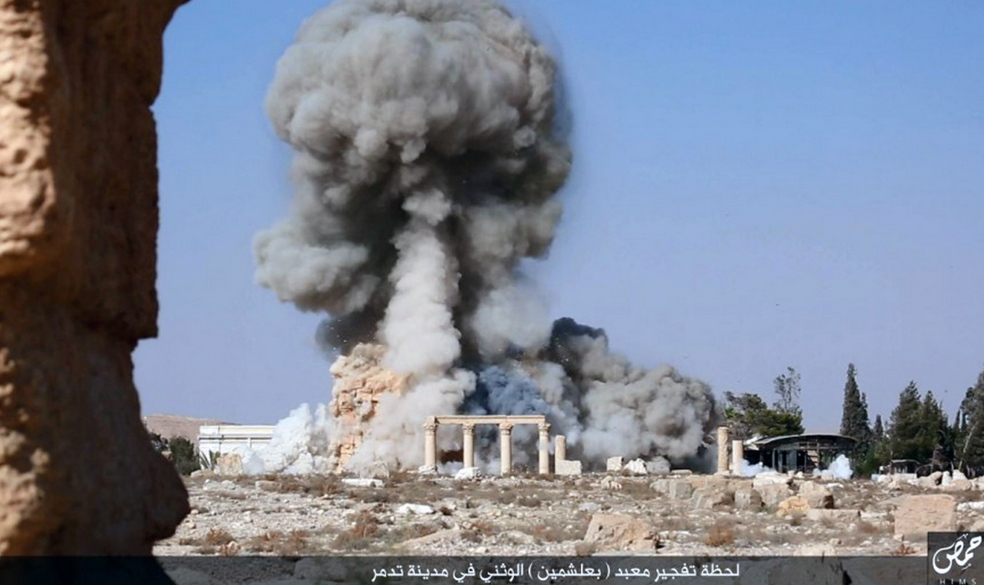 A photo released by the Islamic State shows a detonation in the 2,000-year-old Temple of Baalshamin in Syria’s ancient city of Palmyra. Credit Militant website, via Associated Press

12 thoughts on “The ancient city of Palmyra…in ruins”